Mind the Gap Award for Code’n’Stitch

Mind the Gap Award for Code’n’Stitch

The Technical University Graz promotes every year an award for research based on culture and gender equality. Every year many interesting projects are submitted and we are happy that our very own Code’N’Stitch is a selected winner by the jury in this years choice. The examination of the diversity aspects gender and age convinced the jury that Code’n’Stitch has largely addressed these aspects.

The project tested an approach to keep girls interested in the technology. Already in their teenage years this interest falls off, whereas this is not the case with boys.

Code’N’Stitch was planed as an extension for Pocked Code and is now a very own App – available for free.
At the beginning of the FFG project Code’n’Stitch, the Lernapp Pocket Code had to be extended to allow the programming of an embroidery machine. The requirements were developed in workshops, focus groups and questionnaires. We followed a user-centered design process, carried out usability tests and placed the girls in the center of the development.
In use at schools, the creativity of the pupils and especially the girls was challenged and the enthusiasm for coding was awakened. At the end of these “hands-on” stick units they had something self-created that they could proudly wear and show off.

Based on Catrobats visual programming language and the use of Pocket Code as a basis, the team under lead by Sarina Gursch, Vesna Krnjic and Wolfgang Slany created an intuitive and generally understandable use case for particularly female teenagers smartphones and the desire to individualize their outfit.

To give you an overview on how Code’n’Stitch works it’s best to check out one of our tutorial videos on youtube. You can find one below as a start.

During the creation of the Code’N’Stitch App the project team was evaluating their concept also with great success in schools and during events like the “Girls coding Week“.

You can read more about the project in our wiki or also on the specific project site. Don’t forget to follow the project on Instagram! 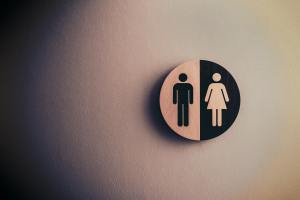 We are proud to be part of a new world wide project where we can give some insights from our acitivities to other scientists, but also learn a lot from a large expert group. Gender STI is an international Research project that aims to analyze the participation of women in 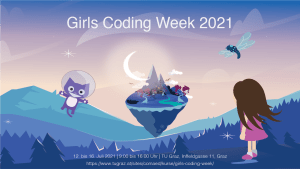 Summer is here and why not also learn something new or improve your IT skills? Try our Girls Coding Week! Girls Coding Week takes place as part of “Science Holidays,” an initiative of the German Federal Ministry of Education, Science and Research. In this one-week course, participants will learn how

Can some of you remember the “One Laptop per Child” initiative? Back in 2005 the entusiasm and optimisn in technology was greater than ever. Nicholas Negroponte co-founder of the MIT Media Lab announced the initiative and it build up a big hype. The goal was to provide technology across the